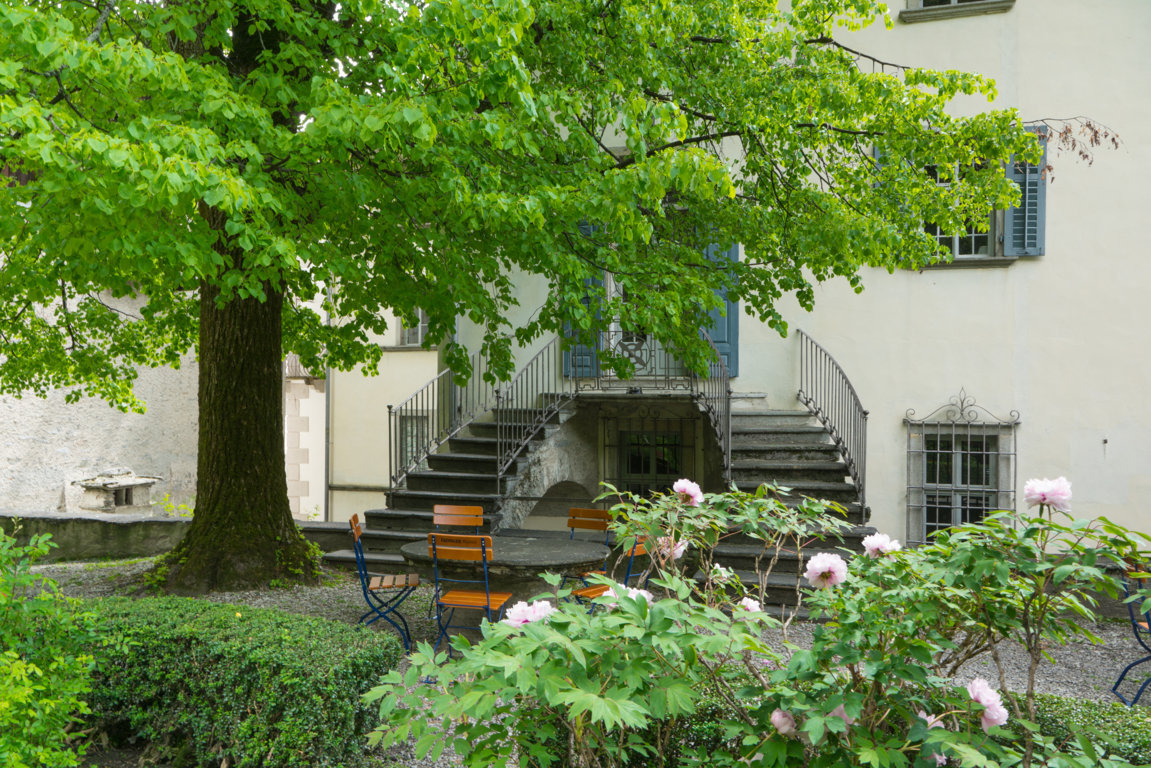 The picturesque garden behind the hotel deserves special mention. In its oldest known 18th century form, it was laid out in geometric shapes. A century later, domestic and exotic groups of trees, including sequoias, give it an artistic touch. This garden has been professionally cared for consistent with its historical significance and unique charm perfectly complements the Baroque palazzo. Icomos named the Palazzo Salis Historic Hotel of the year in 1998. It was a founding member of Swiss Historic Hotels in 2004.