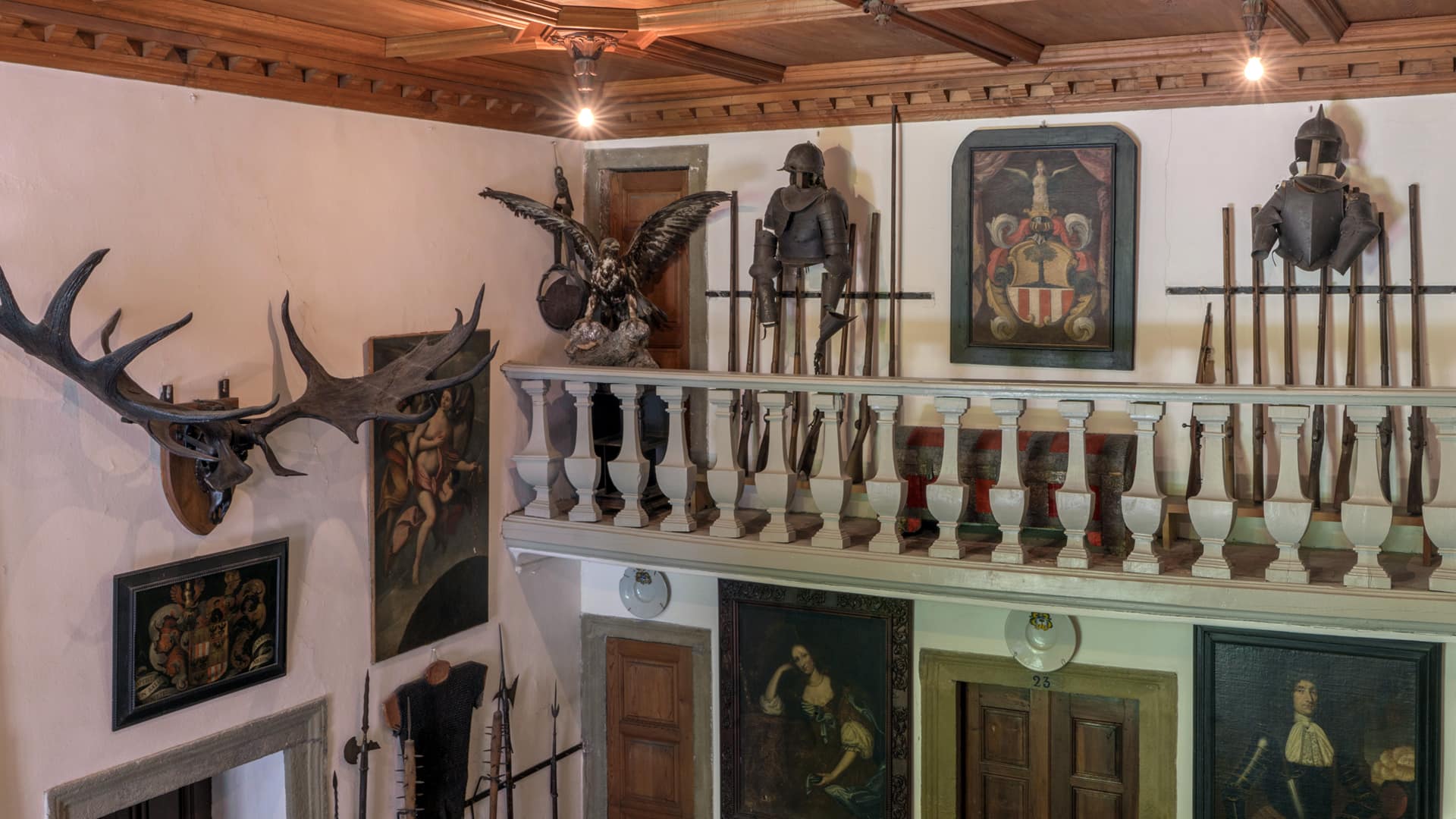 The current building of the Hotel Palazzo Salis was built in 1630 as a residence for Baptista von Salis from a centuries resident patrician family.
The palazzo, which was converted to an hotel 140 years ago, has a unique ambiance. It enchants visitors with its 14 rooms, splendid large halls and exotic garden with rare sequoia trees.

The current Palazzo Salis dates back to 1630, when it was the home of Baptista von Salis, from a centuries resident patrician family.
In 1701, the imposing building on the northern edge of Soglio received its present facade. Together with other neighbouring Palazzos, the hotel building is the architectural focus of the excellently preserved townscape of this high-altitude Bregell village. Various generations of the von Salis family have given the hotel its current character and have also contributed furniture, paintings and murals to the rich interiors. The Palazzo Salis has been run as a hotel since 1876. A number of famous guests have stayed here, including Giovanni Segantini, Rainer Maria Rilke, Hermann Burger and Alberto Giacometti. The owners have always carefully preserved and maintained the building and its furnishings. Historic furniture, and panelling, elegant parquet floors, and the stairs and floors of local stone along with the numerous murals, stucco work and ancestral portraits create a unique and welcoming atmosphere.

The picturesque garden behind the hotel deserves special mention. In its oldest known 18th century form, it was laid out in geometric shapes. A century later, domestic and exotic groups of trees, including sequoias, give it an artistic touch. This garden which has been professionally cared for in line with its historical significance and unique charm perfectly complements the Baroque palazzo. Icomos named the Palazzo Salis Historic Hotel of the year in 1998. It was a founding member of Swiss Historic Hotels in 2004. 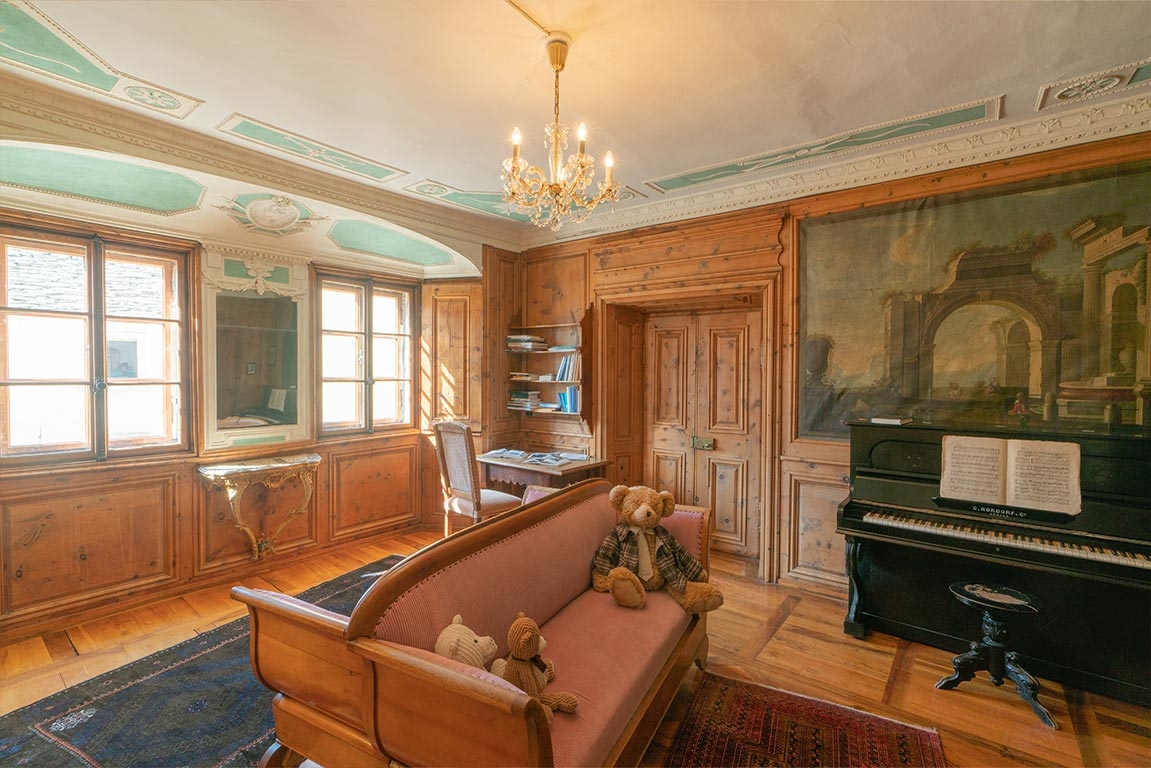 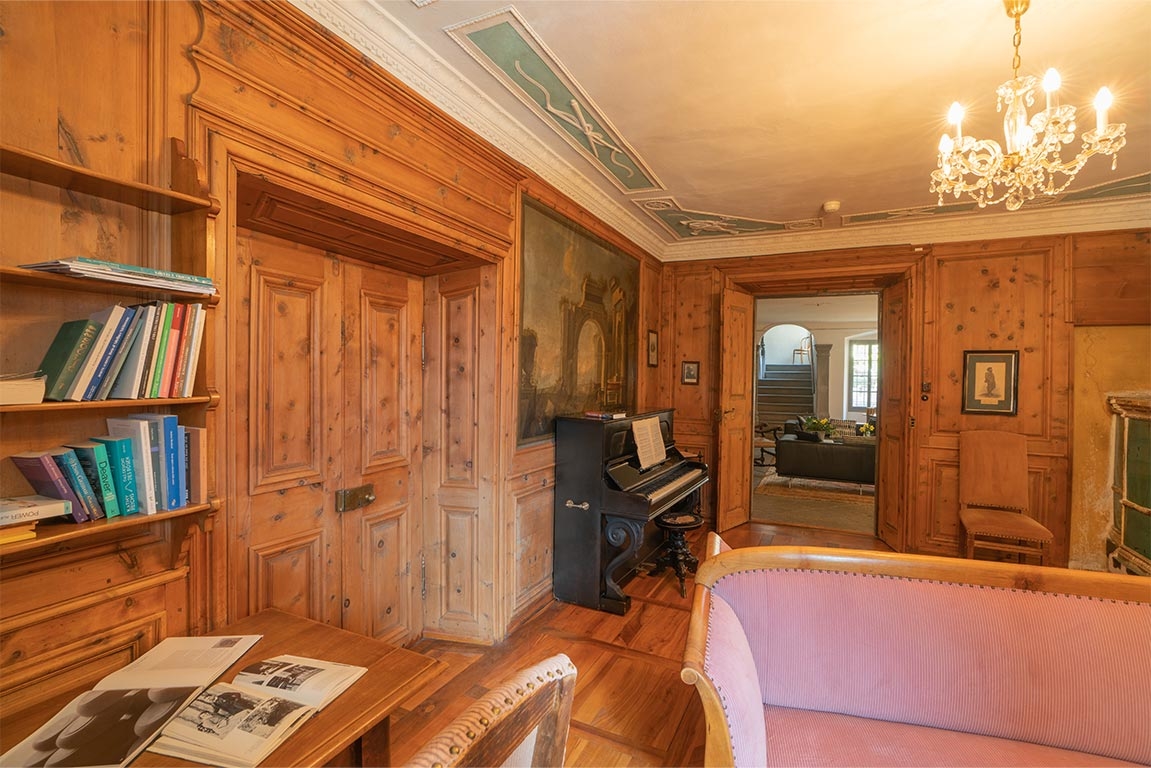